Chocolate releases endorphins into the body, which are responsible for creating desire & energy in the body, making us feel happy. 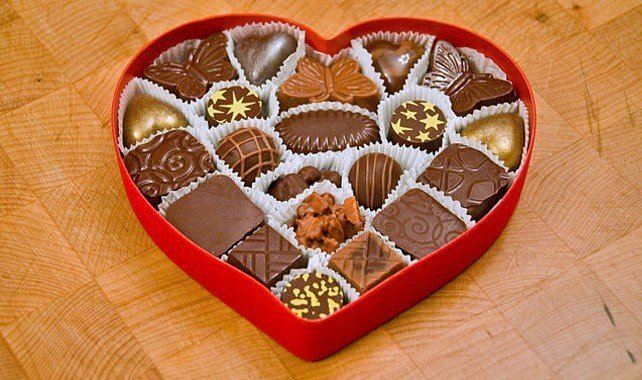 The 14th of February is Valentine’s Day – a working holiday, which is celebrated worldwide.

While seemingly over-commercialized, the sales of many items, such as aftershave/perfume, big red balloons, cards, chocolate, jewelry, lingerie, and plush toys sky-rocket (along with the prices).

These gifts are almost seen as traditional.

Just a cool fact to get us started… February is the time when chocolate factories reach an all-time high in sales and production.

But why do we give chocolate?

Some scientists have undertaken various studies and seen that chocolate is also an aphrodisiac.

It increases the desire and energy levels. Endorphins are released.

And as Reese Witherspoon as Elle Woods said in Legally Blonde (2001) said, “Endorphins make you happy.”

Chocolate comes from “Theobroma cacao” tree, which in Greek translates as to “food for the Gods”.

People see this message and realize that if it’s good enough for the Gods, it must be good for my boy/girlfriend.

It has a huge psychological and emotional effect on people.

With all these benefits to humans and an incredible taste, why shouldn’t you give chocolate to someone you hold near and dear to you this Valentine?

Interestingly, there is a tradition in China, Japan, South Korea, and Taiwan, known as White Day.

On February 14th, women give men their gifts.

A general rule states that the return gift should be double, or triple the cost of the Valentine gift.