Queen’s favourite chocolate she ‘indulges’ on late at night - ‘Little box in her bedroom!'

THE QUEEN is said to be a "chocoholic" so it's no surprise to learn that throughout the day, she's eating a variety of chocolate snacks.

Queen Elizabeth has had the honour of eating some of the world’s most luxurious and expensive foods. But the monarch is said to be fond of a classic British dark mint chocolate, usually eaten after dinner, that anyone can buy from your local supermarket.

The head of the Royal Family is said to be a creature of habit; she reportedly wakes up at the same time every day, and chooses to follow the same morning routine, regardless of where she is staying.

According to a former royal chef, the Queen enjoys four small meals a day; breakfast, lunch, afternoon tea, and dinner.

And she likes to begin each day with a cup of earl grey tea and a few biscuits.

But her sweet tooth doesn’t stop there, as the monarch is said to be a “chocoholic”. 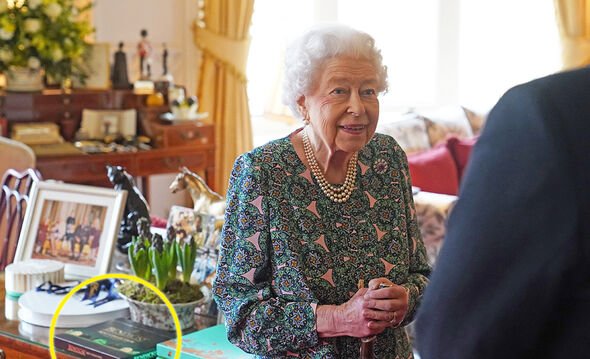 The Bendicks Bittermints were seen in the back of an engagement photo (Image: GETTY)

“Anything we put on the menu that had chocolate on, she would choose, especially chocolate perfection pie,” Darren McGrady has said.

As for what chocolates are her favourite, Express.co.uk recently reported how the Queen is said to enjoy sweet offerings from the famous chocolatier Charbonnel et Walker, whose chocolate can sell for up to £280.

But, the monarch is also partial to an after-dinner, classic British chocolate mint, which is available at most supermarkets.

During an engagement earlier this year, a £5 box of Bendicks Bittermints was seen in the corner of a photograph.